This will be the first time that Disney’s Animal Kingdom will stay open all the way to midnight on New Year’s Eve! This is the perfect time to catch all the new holiday festivities and decor happening all over the park, as well as a DJ at 6:15pm at Discovery Island, Asia, and DinoLand U.S.A. There will also be a countdown taking place as it gets closer to midnight at each of the DJ locations and a special “Tree of Life: Awaken the New Year” experience.

Here the party officially starts at 7pm as a DJ begins spinning tunes at Center Stage. The party continues all the way to midnight, leading up to a spectacular fireworks celebration. The regular nighttime shows will also take place which includes the “Wonderful World of Animation” at 6:05pm followed by “Jingle Bell, Jingle BAM!” at 6:30pm. After midnight you can expect to catch “Star Wars: A Galactic Spectacular.”

The party begins at Epcot starting at 7pm and continues all the way to 1am. You can expect to find DJ dance parties all around the park, as well as a “Silent Groove” party taking place in Future World. There will also be two nighttime fireworks shows taking place, one at 6:30pm and another at 11:40pm, followed by the countdown to midnight and pyrotechnic salute.

If you’re looking to start the celebration a day earlier then head to the Magic Kingdom. This park will be having their “Fantasy in the Sky” fireworks show at 6:30pm and 11:50pm starting on Monday, December 30th. You can also catch the same show on Tuesday, the 31st. Dance parties in Frontierland and Tomorrowland will also take place on both days.

The celebrations will also be taking place all over Disney property including the Disney Resorts and Disney Springs. Check out these alternate celebrations if you prefer to head to the parks another day. For more information visit the Walt Disney World website.

Wishing you a Happy New Year!

Why You Will Want To Stay At Disney’s Riviera Resort
Moms Who Lift: Strength Training Exercises

Exploring our community (and #momlife) together
Motherhood+Theme Parks+Events
Let’s collaborate📩: wintergardenmoms@gmail.com
NEW ON THE BLOG👇

The perfect ending to a perfect day!🤩 If you ha

Which side is your fave?? 🏰 No bad angles when

Some of our favorite Disney Princesses welcoming u 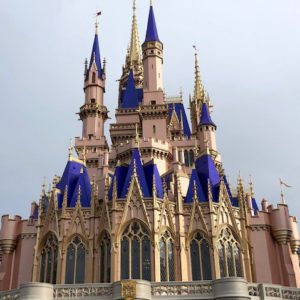 Magic Kingdom Cast Preview: What To Expect On Your Next Visit 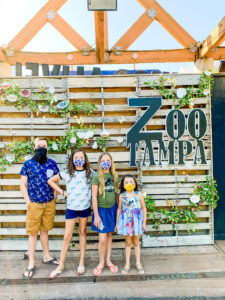 Our Recent Visit To Zoo Tampa 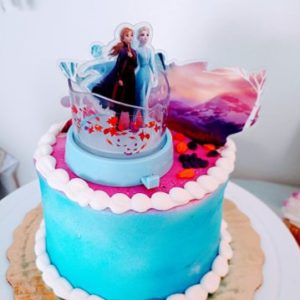 How To Throw A DIY Frozen Party On A Budget 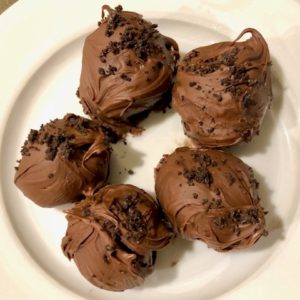 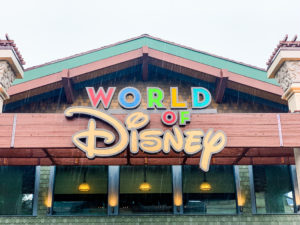 Are your kids missing their family during quarantine? Then I have a fun idea for them to catch up with family and keep them entertained with a great activity and movie night! Coco is one of our family’s favorite Disney movies. The music is awesome […]

Back in September, we shared the announcement of this awesome (FREE!) experience that was available for a limited time featuring some of our favorite Disney characters. You can read more about our experience here. This time around, kids can enjoy a FREE goodnight greeting with […]

This period of adaptation from school to homeschooling has not been completely smooth for my daughter or myself. She misses her school, her friends, and many times her behavior has reflected that. I began to think of a way that I could show her whether […]

As social distancing has become the new norm, use of video conferencing tools like Zoom, Houseparty and Google Hangouts have soared. Our family went from using these tools a few times a month for virtual meetings with people across the country (and world) to using […]

Family movie nights are one of the easiest activities to do during this time of social distancing. My family and I had such a great time doing our Shrek themed movie night that we decided to keep the fun going! Add in an easy craft […]

Don’t have time to workout? I know as a fact that being a mom can take most of our time. And the least thing you have time for is to workout, but I have a routine to help you take care of that part without […]

So tonight at 11:00 pm Orange County Florida is in Official Lock Down/Shelter in Place. What does that means for us? Well no going outside of our neighborhood for entertainment. All fun needs to be had at home, with our family, so we wanted to […]

With all this extra time indoors lately, we’ve had to come up with some fun activities to keep us entertained. Family movie nights are something we’ve always enjoyed but we’ve decided to take it up a notch with a themed craft and dinner. The kids […]

If you are anything like me, an extroverted social butterfly, then you are definitely feeling the effects of this quarantine! I may not be from the Kingdom of Corona like Rapunzel, but there are some similarities…tucked away in her tower. I do have long blonde […]

I realized that every time I hang out with another mom, the first topics that always arise are always motherhood challenges and how hard it is to lose the baby pouch. We won’t touch the topic of motherhood, but we can definitely look into some […]

Have you been having a hard time finding certain food items in the stores since this whole social distancing started? Don’t worry, you’re not alone! Rapunzel got through this and so can we! I have decided to share a few Disney inspired recipes using some […]

Missing Epcot’s Flower and Garden Festival just a little too much? Didn’t get a chance to grab a cup of everyone’s favorite Violet Lemonade drink? Well, thanks to the recommendations of a wonderful friend, I was able to make my very own version at home! […]

Garden Sensory Bin Spring is in the air and what better way of welcoming the start of this sunny and bright season than with a few spring themed activities! Let’s start off with this fun (and simple) garden sensory bin:   What you need: Bin […]

Before Rise of the Resistance opened, trackless rides were a bit of a mystery to me. What did it mean for a ride to be trackless, and more importantly would it really matter to the experience if a ride was trackless or not? After riding […]

It’s no secret that I absolutely LOVE to throw a well themed party, so when my daughter requested a “pink Ariel mermaid” party for her third birthday, I was more than happy to oblige. I had been waiting for the day that she requested a […]

Talk about a rainbow of colors!  I introduced this sensory bin to my daughter when she was 2.5 years old and she loved it. The colors and texture of the water beads fascinated her. She spend so much time exploring with her hands before she […]

We were invited by Vera Bradley in Disney Springs to check out their new collections and they did not disappoint! Vera Bradley is famous for their beautiful, vibrant patterns on your favorite household, travel and daily use items. Their high-quality items feature some amazing detail […]

Read more
Our Morning At The American Girl Store

The kids and I were invited to attend a special American Girl store event, where we’d be able to see new items and upcoming releases. So of course we said, “Yes!” This would be our first trip to an American Girl Doll store, and we […]

My son recently turned 10! It’s still hard for me to believe it’s been a whole decade since our family became complete. For me, my children’s birthdays are very special. Everyone gets to celebrate holidays, but birthdays are their own special day. It’s a day […]