It’s pretty much a fact that little ones love parties, playdates, and Disney, especially my own little princess, so when I found out I had been selected to host a #NowMoreThanEver Disney Playdate Party, I could barely contain my excitement!

We received the most magical package in the mail from Disney, filled with tons of wonderful goodies which included Elena of Avalor party decor and their newest Magic Mirror Metallic Minnie Ears. Honestly, you can never go wrong with a Disney themed party because everyone’s bound to find a character they love!

Included in the package was a tablecloth, cups, plates, napkins, decorations, balloons, paper tiaras, stickers and even a piñata! Many of these Disney themed party supplies are also available at Target, Dollar Tree, Party City, and various other retailers.

Since I’ll gladly take any excuse to use my Mickey cookie cutter, I kept the snacks simple by making Mickey-shaped PB&J sandwiches. I also provided the kids with Goldfish Crackers (the Mickey Mouse and Toy Story themed bags were a hit), as well as fruit juice and water.

We also received a coupon for a Michael Angelo’s frozen meal in our package. Their frozen dinners have the amazing taste of a home cooked meal without having to spend hours in the kitchen. One of our favorites so far has been the Baked Ziti with Meatballs and we can’t wait to try more!

I drew inspiration from the Bibbidi Bobbidi Boutique and set up a table with foam wands, bracelets, rings, necklaces, and Elena of Avalor stickers to welcome all the little princesses as they arrived.

They absolutely loved being able to choose accessories to add to their royal outfits.

The first activity consisted of arts and crafts. Disney coloring pages, crayons, markers, stickers and mini maracas provided the perfect entertainment while guests continued to arrive. Since Elena is known for playing the guitar, I made guitar cutouts out of styrofoam for them to decorate as well.

Disney also sent us some fun games including “Pin The Crown” on Elena of Avalor, a printable Disney Fab Fortune Teller Activity and Magic Match Game, and of course, the beautiful piñata which I filled with candy.

Popped Passion sent us a delicious popcorn cake filled with candy, topped off with sprinkles and a hidden Mickey made out of Oreo’s.

These popcorn cakes are amazing because they slice like a cake and are as yummy as a marshmallow treat! You can customize them to your liking and they come beautifully packaged in clear wrap and matching bow.

We also had a blast decorating cupcakes made by our amazing venue sponsor Chef Maria at Way Chocolate & Coffee. The kids really enjoyed this activity and it’s definitely a great idea for any playdate party!

Of course no party is complete without a Dance Party! After dessert, everyone was ready to dance to their favorite Disney tunes.

You can find as many as 30 official Disney playlists on Apple Music, so head on over to http://apple.co/disneyparks and check them out!

I knew I wanted to make favor bags for our small guests without having to spend too much. Dollar Tree, Party City, and Amazon definitely have a great selection of Disney items for a great price!

I decided to incorporate the overall theme of our #NowMoreThanEver celebration into the items of the favor bags. Based on the new experiences that were being offered at each of the Disney Parks, I chose my party favors accordingly.

Big Fish Games also sent a few of their Toy Story Drop PopSockets which were great party favors for the moms to take home.

We held a small giveaway towards the end of our playdate in which a lucky little princess went home with a beautiful princess dress from Jakks Pacific.

My daughter got to keep the gorgeous Ariel doll we received from them, as well the most adorable Mickey Mouse pillow from Pillow Pets.

This was her first ever Pillow Pet and it has officially become one of her favorite bedtime companions.

Now more than ever is the best time to plan that family vacation to Walt Disney World with so many new attractions throughout all the parks!

At Magic Kingdom you can join the party with Mickey and Minnie’s Surprise Celebration, where you can meet this adorable duo in their festive outfits and join in on the fun with a brand new parade.

There’s also a party going on at Hollywood Studios as the park celebrates it’s 30th year anniversary with the reveal of a brand new logo. Join The Incredibles at Pixar Avenue for music, dancing, and games for the whole family or visit Mike and Sulley from Monsters, Inc. The little ones will also love the Disney Junior Dance Party featuring favorite characters like Vampirina and many more!

Speaking of dance parties, the Hakuna Matata Time Dance Party is another family favorite, featuring beloved characters like Timon and Rafiki from Disney’s The Lion King. My daughter absolutely loved dancing alongside some of her favorite characters during this dance party!

Epcot will also be adding some brand new attractions including an all-new nightime spectacular in place of its current nightime show, “Illuminations: Refections of Earth.”

Thinking of taking your preschooler to Walt Disney World for the first time? Then take advantage of the “My First Disney Getaway” Package, a 2-night stay for only $999! And don’t forget to use the hashtag #NowMoreThanEver to stay up to date on all the new events happening at Walt Disney World!

A huge thank you to Disney for selecting us to be a part of this. Everyone had an amazing time and I truly enjoyed planning it!

Are you planning a Disney themed party?? Let me know in the comments below! 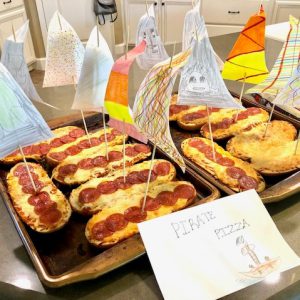 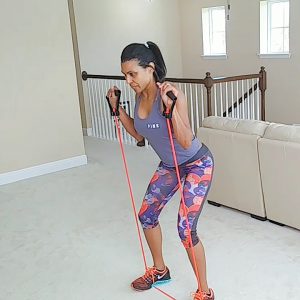 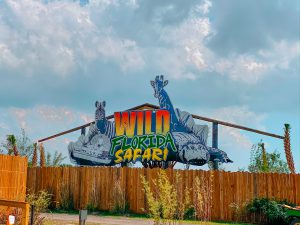 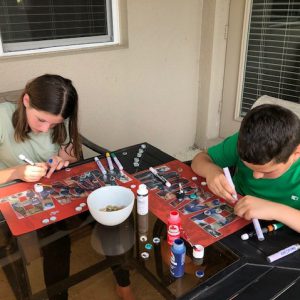 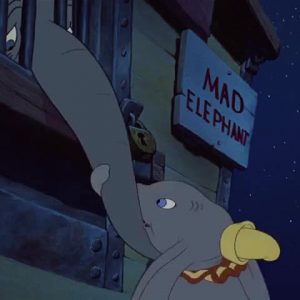 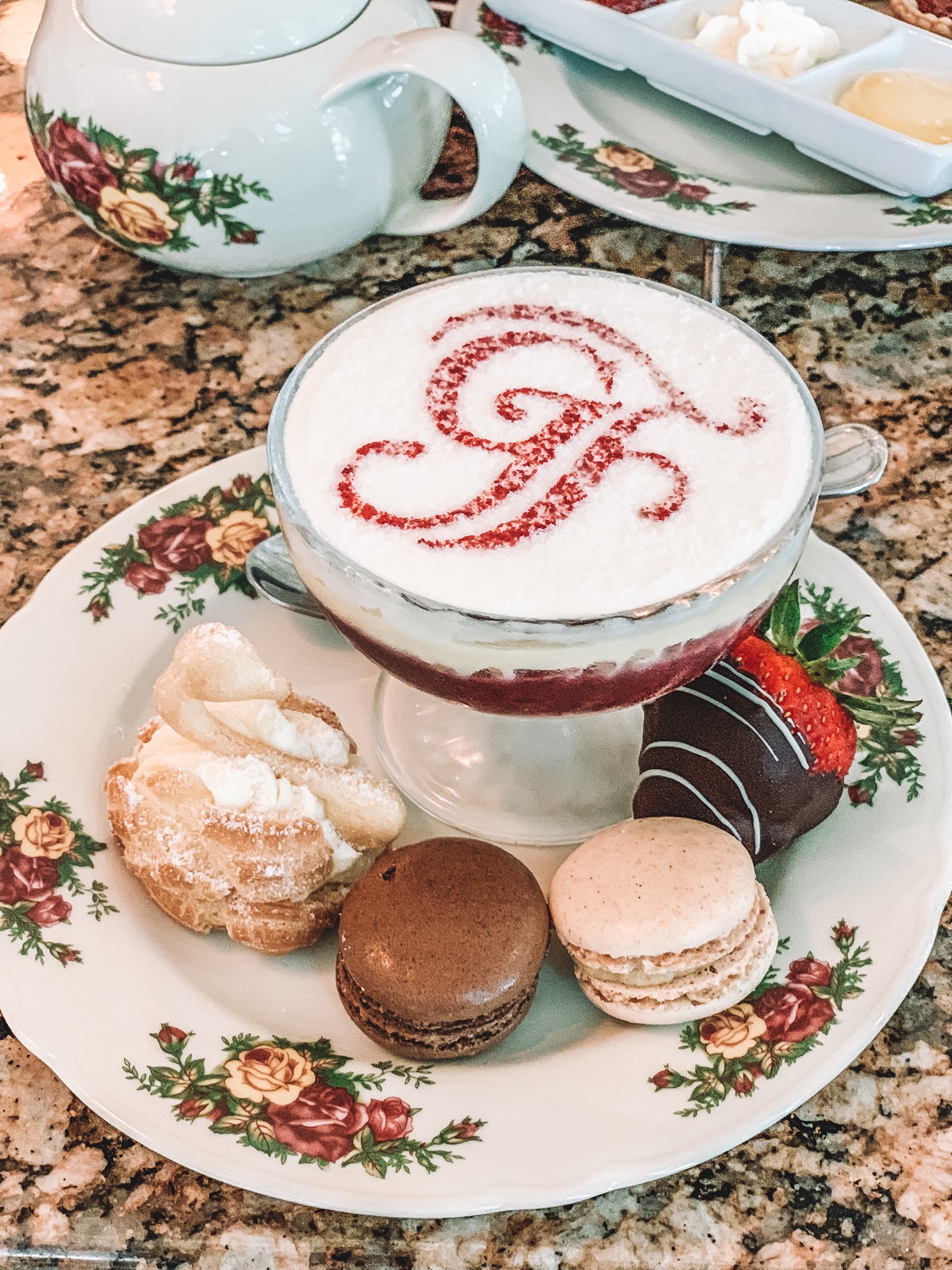 The Afternoon Tea at the Garden View Tea Room is one of the many amazing experiences offered at Disney’s Grand Floridian Resort. The location is absolutely beautiful and although the menu is small, each tea experience has a nice selection of food items and various […] 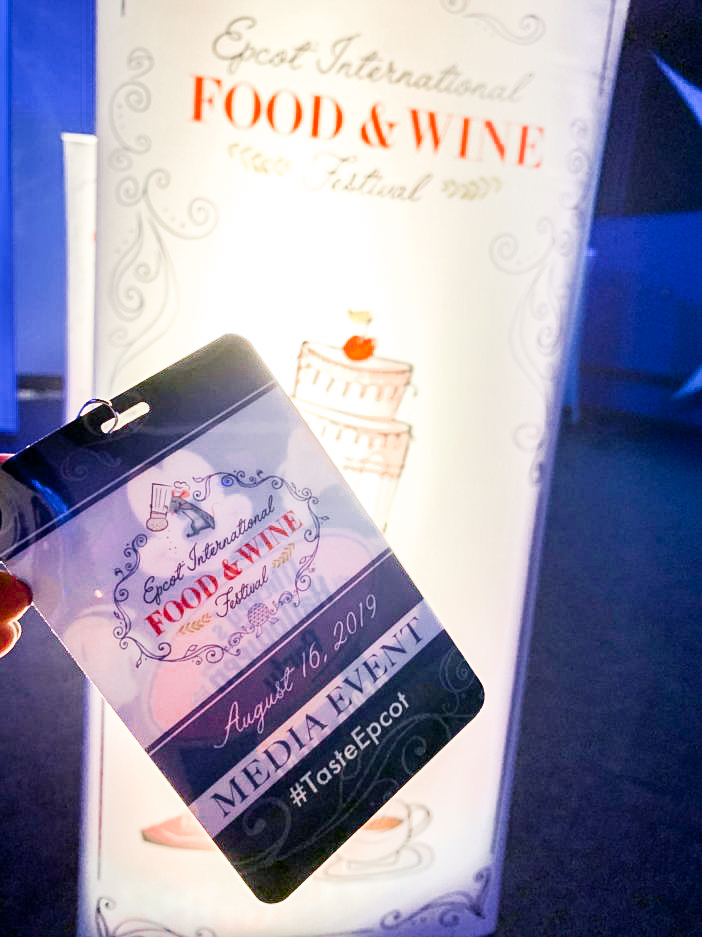 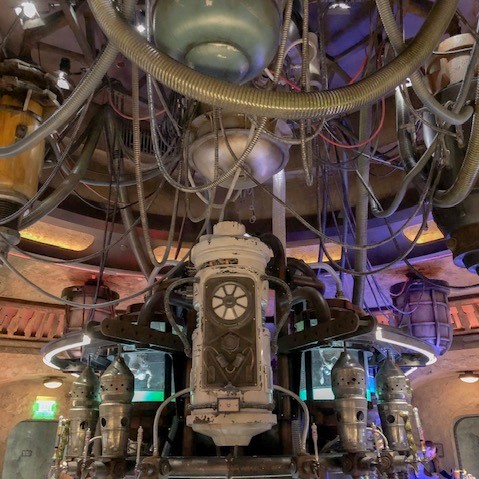 Being able to attend a preview of Star Wars: Galaxy’s Edge at Disney World was such a treat! I can’t even begin to explain how immersive this new area of Hollywood Studios is. You will truly feel as though you have been transported to the […]

Travel Back In Time at Medieval Times

Have you ever wanted to have dinner in an 11th century castle while cheering on knights during battle? At Medieval Times Orlando you can travel back in time for the night with a dinner and a show fit for royalty! What is Medieval Times? Medieval […] 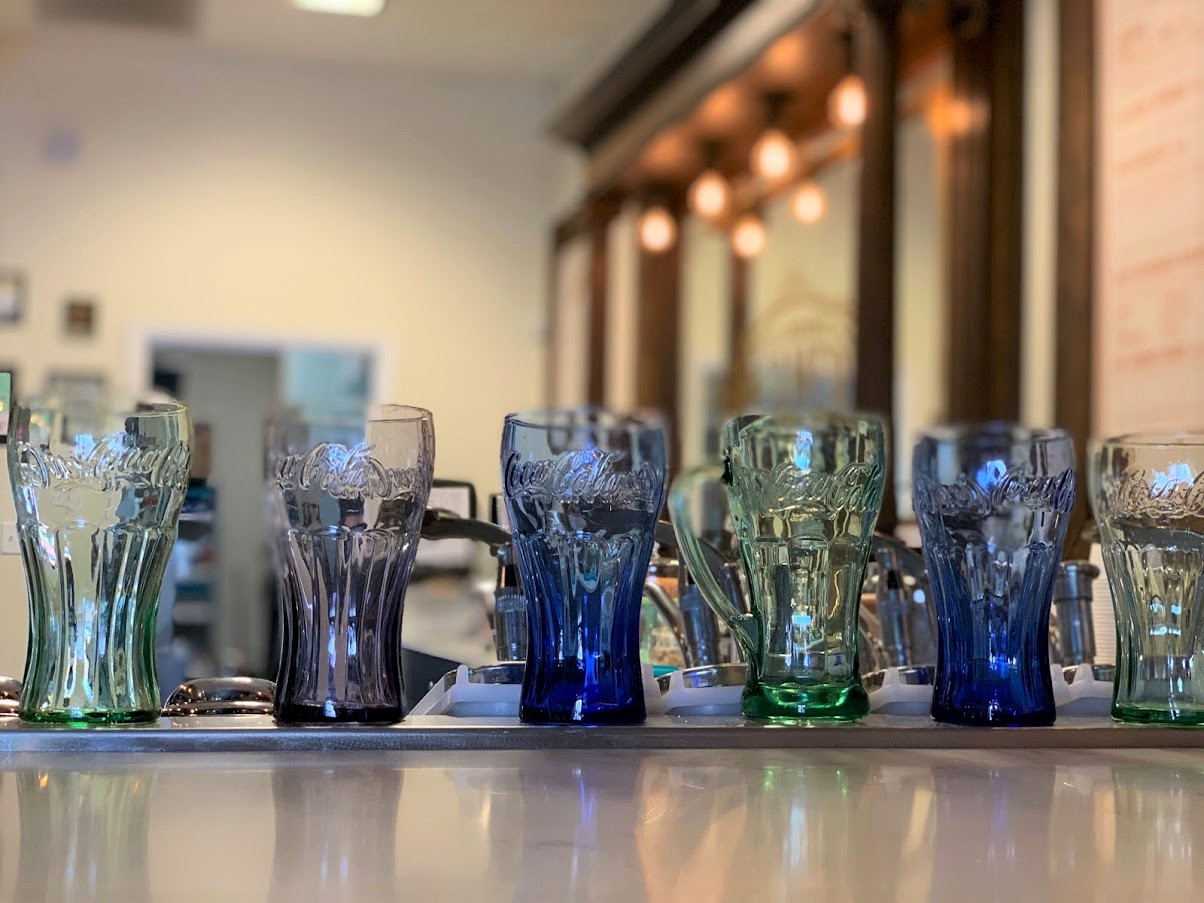 In a small, unassuming building located off Maguire road, you’ll find one of the best ice cream shops in our area! West Orange Creamery and Soda Fountain is a throwback to classic ice cream shops but their unique menu keeps up with trendy new flavors […] 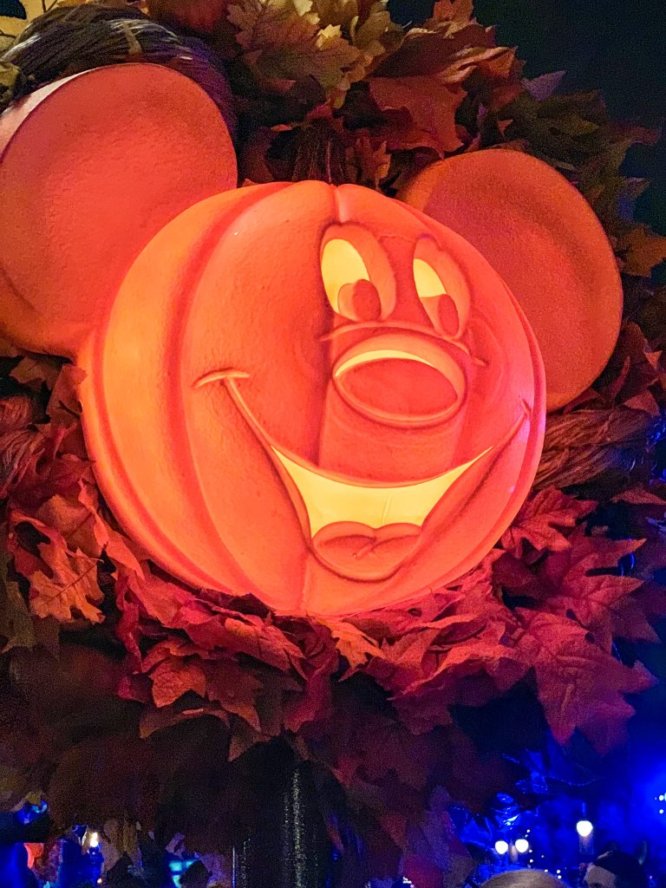 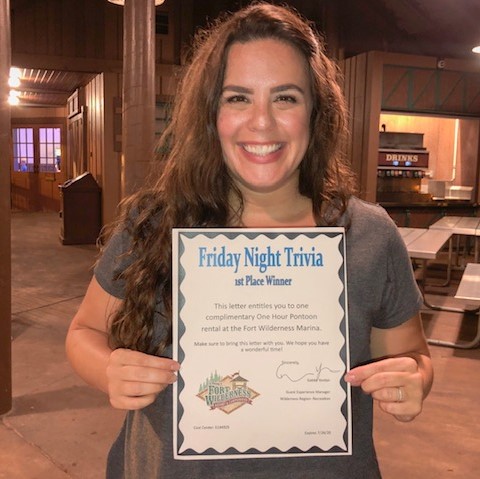 Who doesn’t look forward to Fridays? For my family, Friday evenings are family time. We love to spend time trying a new activity or doing something fun together to unwind and kick off the weekend. We recently attended a new trivia event held at Disney’s […] 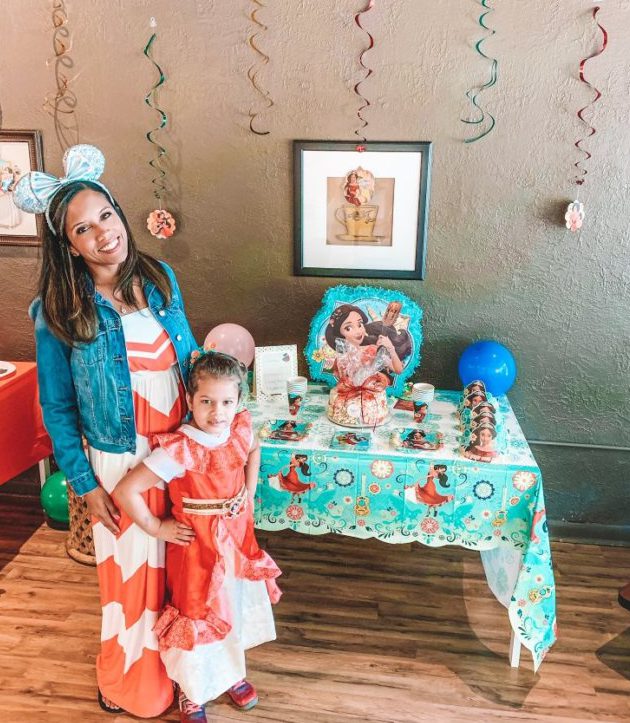 I received free products in order to host a #NowMoreThanEver Playdate Party. The opinions expressed here are my own. This post contains affiliate links. It’s pretty much a fact that little ones love parties, playdates, and Disney, especially my own little princess, so when I […] 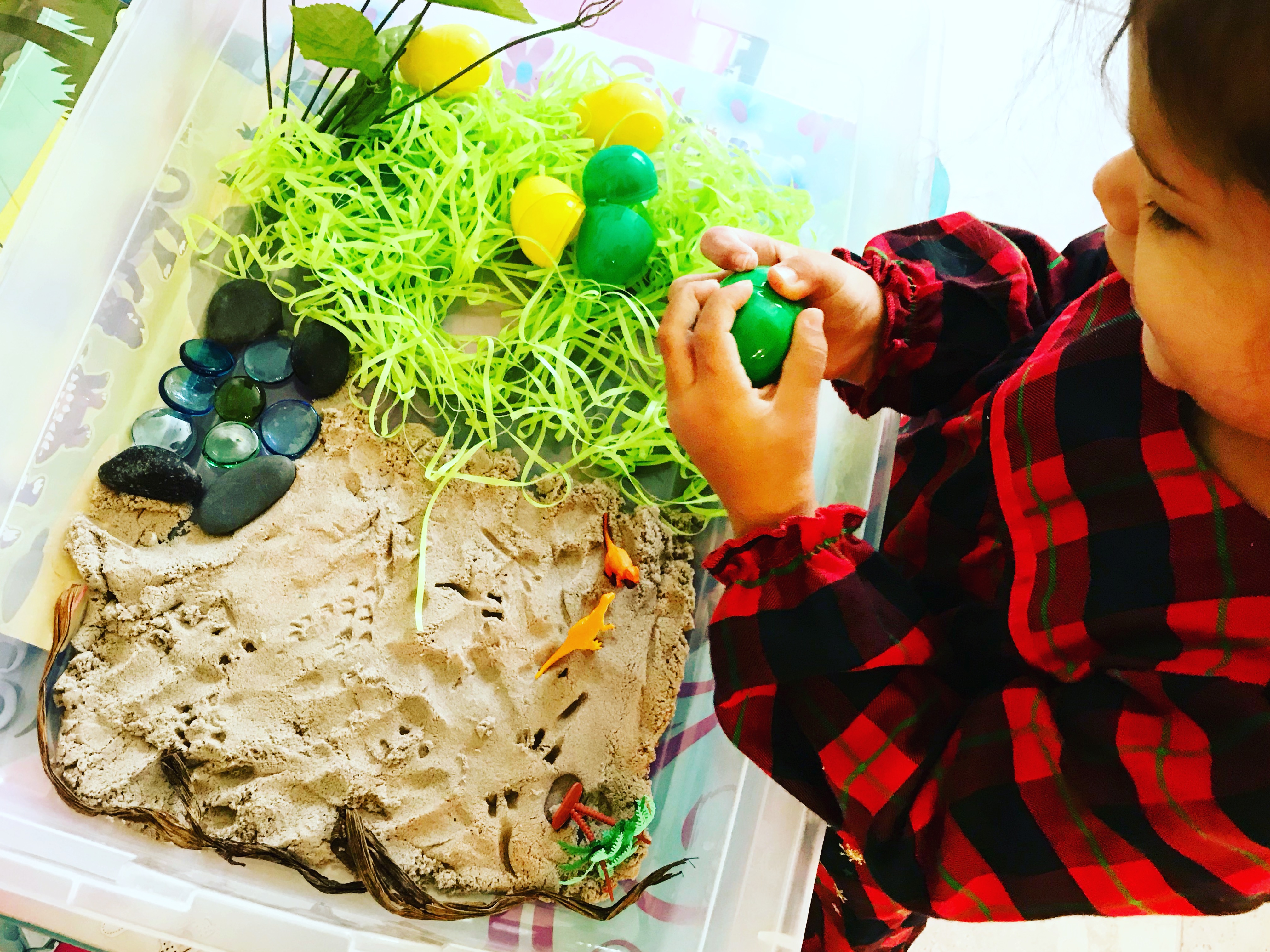 The importance of Sensory Bins 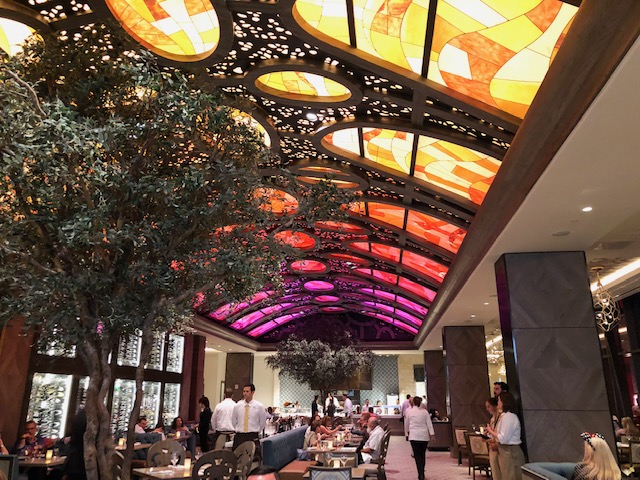 As many of you have probably heard by now, Disney World is getting ready to open the newest addition to it’s family of resorts. The Gran Destino Tower at Disney’s Coronado Springs is loosely themed after the famed Walt Disney and Salvador Dalí animated short […] 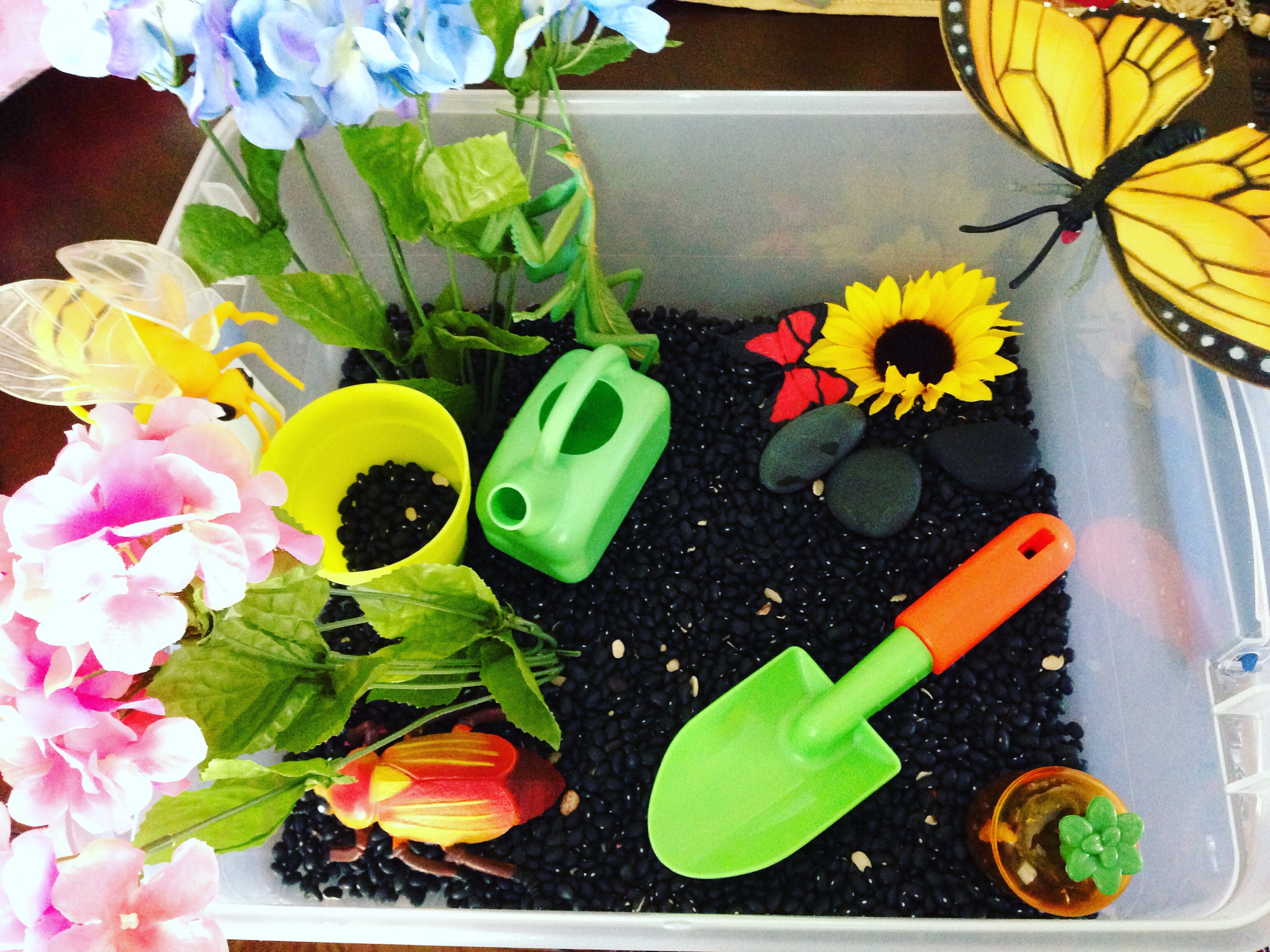 A perfect garden sensory bin for those little ones that love to play in the dirt! Quick and simple set up with minimal preparation required. What you need: Bin Uncooked black beans (or use real dirt!) Bug figurines Artificial (or real) flowers Gardening kit playset […] 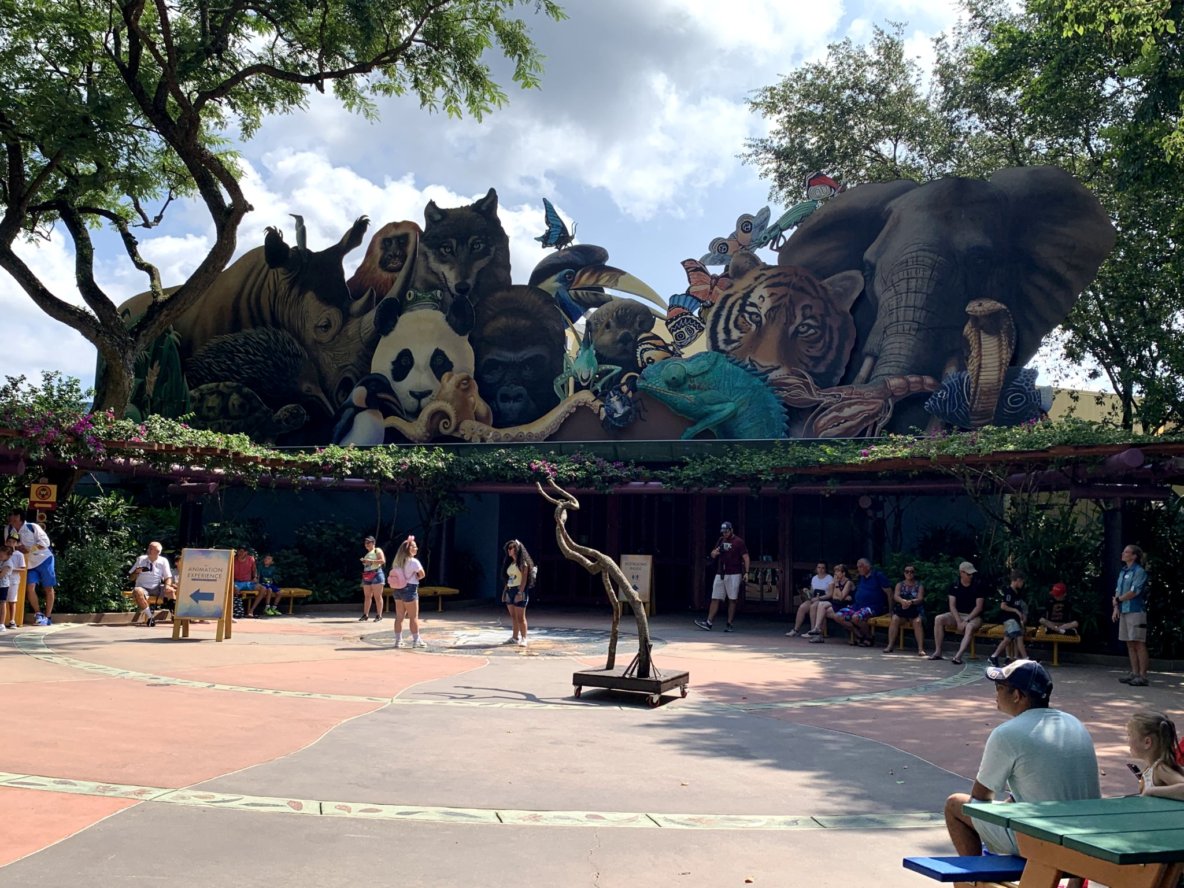 I’m so excited that Rafiki’s Planet Watch has reopened because it has easily become one of our favorite spots by far! We ventured out there yesterday for the first time and easily spent most of our morning there! The train ride to the Conservation Station […] 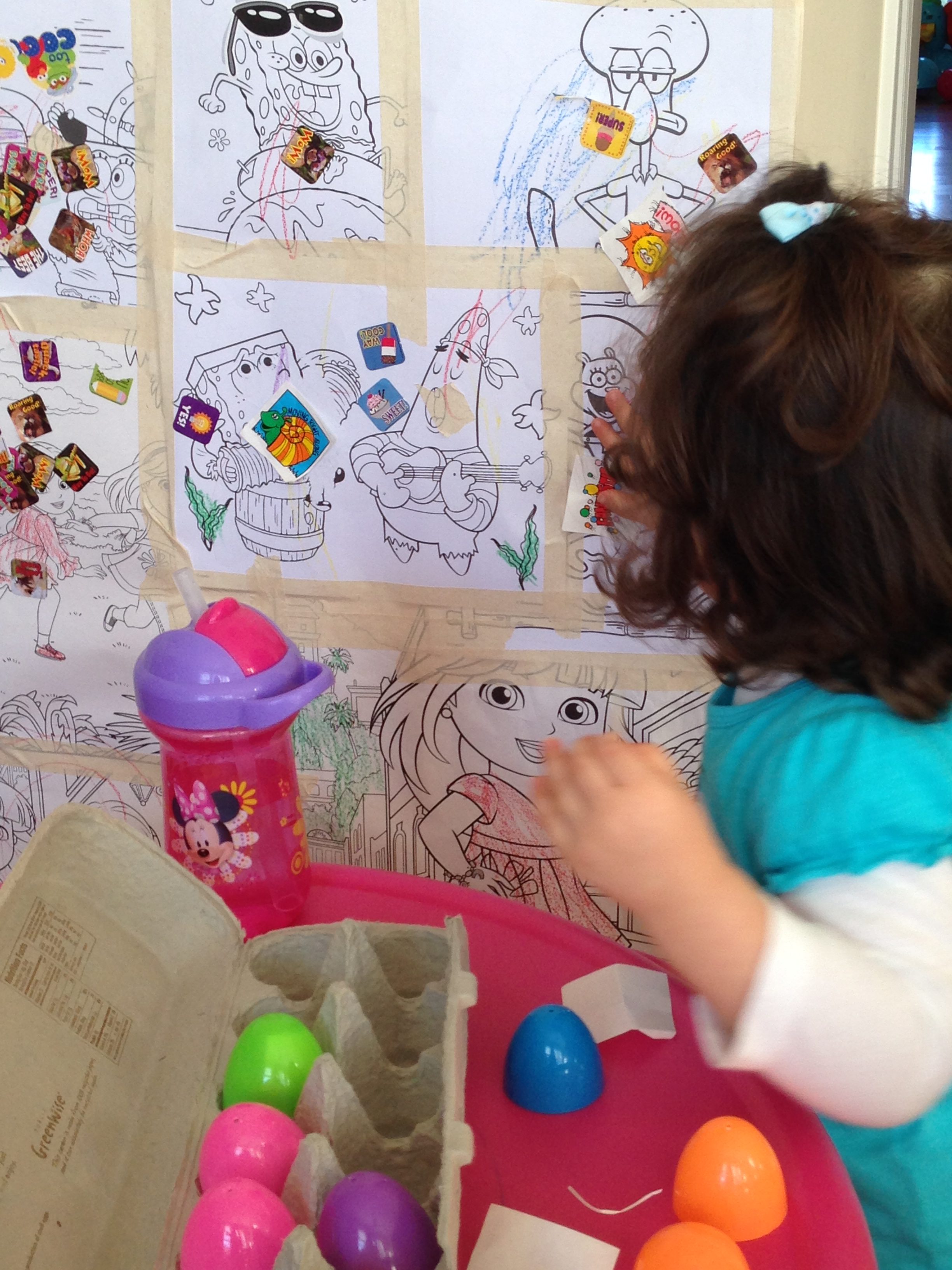 Keeping my toddler from writing on the walls

I’ve had great success in keeping my toddler from writing on the walls with this wall art idea. I found these giant coloring pages at Target for $5.99 and decided to pick a wall in my house to tape the pages on. I tried to […] 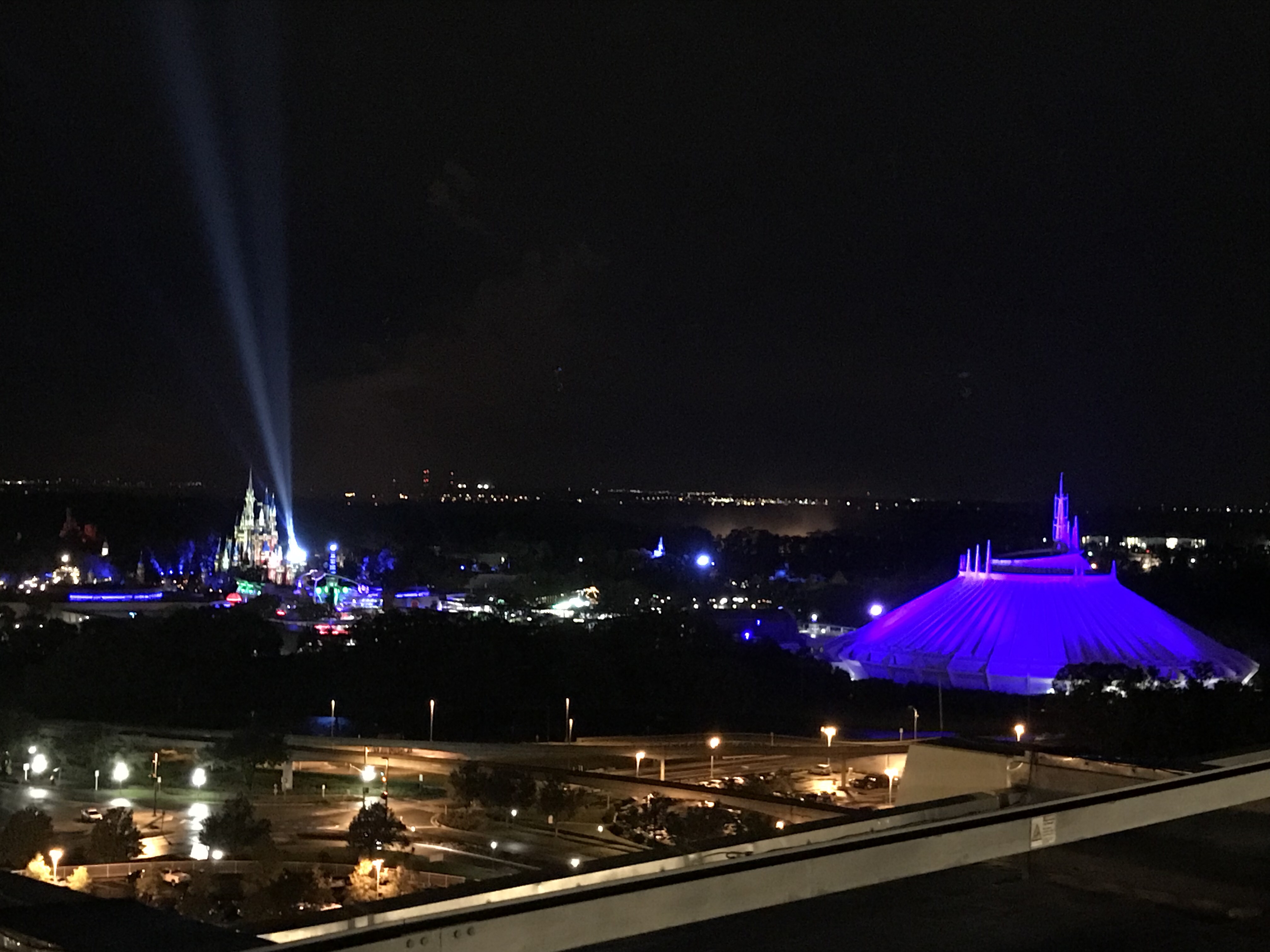 On Top of the World

Have you ever wanted to take that “Disney Magic” to a whole other level? How about a special event that revolves around food, complimentary alcohol, and fireworks? Then Celebration at the Top at Disney’s California Grill might be exactly what you’re looking for! My husband […] 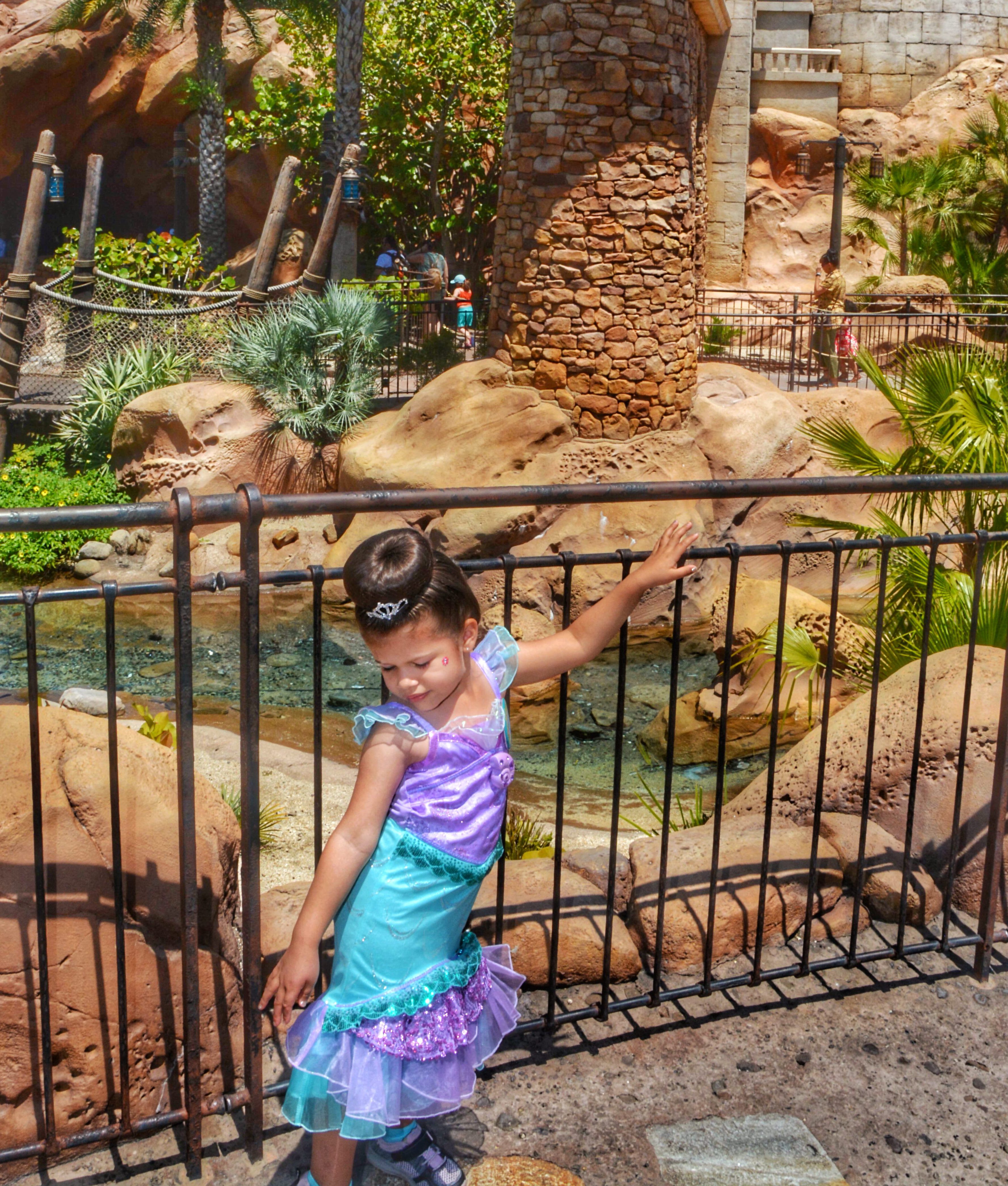 If there’s a place to make your daughter (or son) feel extra special for a day, this would probably be at the top of the list. The Bibbidi Bobbidi Boutique not only gives your little girl or boy the royal treatment, but transforms him or […] 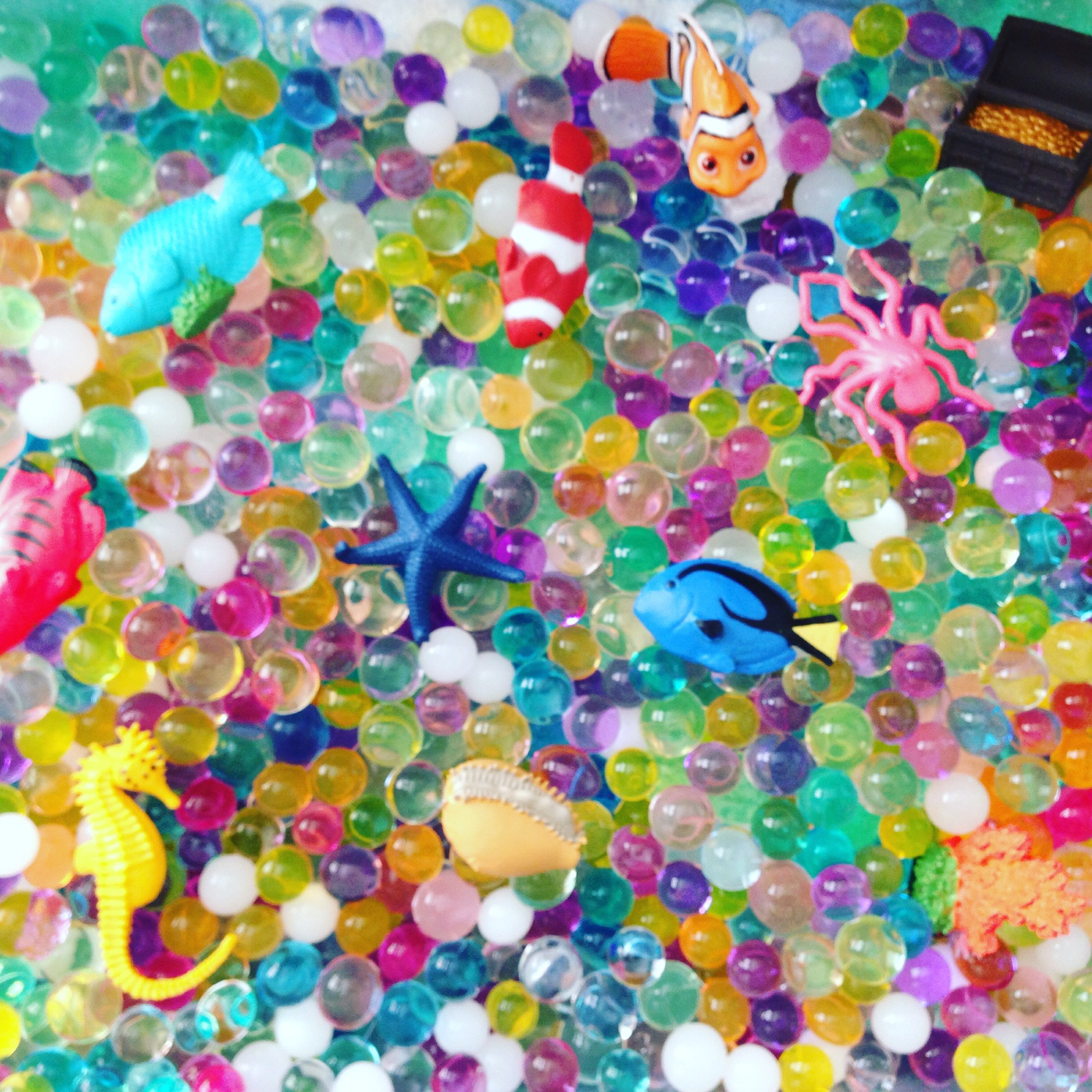 Ocean Life Sensory bin Talk about a rainbow of colors!  I introduced this sensory bin to my daughter when she was 2.5 years old and she loved it. The colors and texture of the water beads fascinated her. She spend so much time exploring with […] 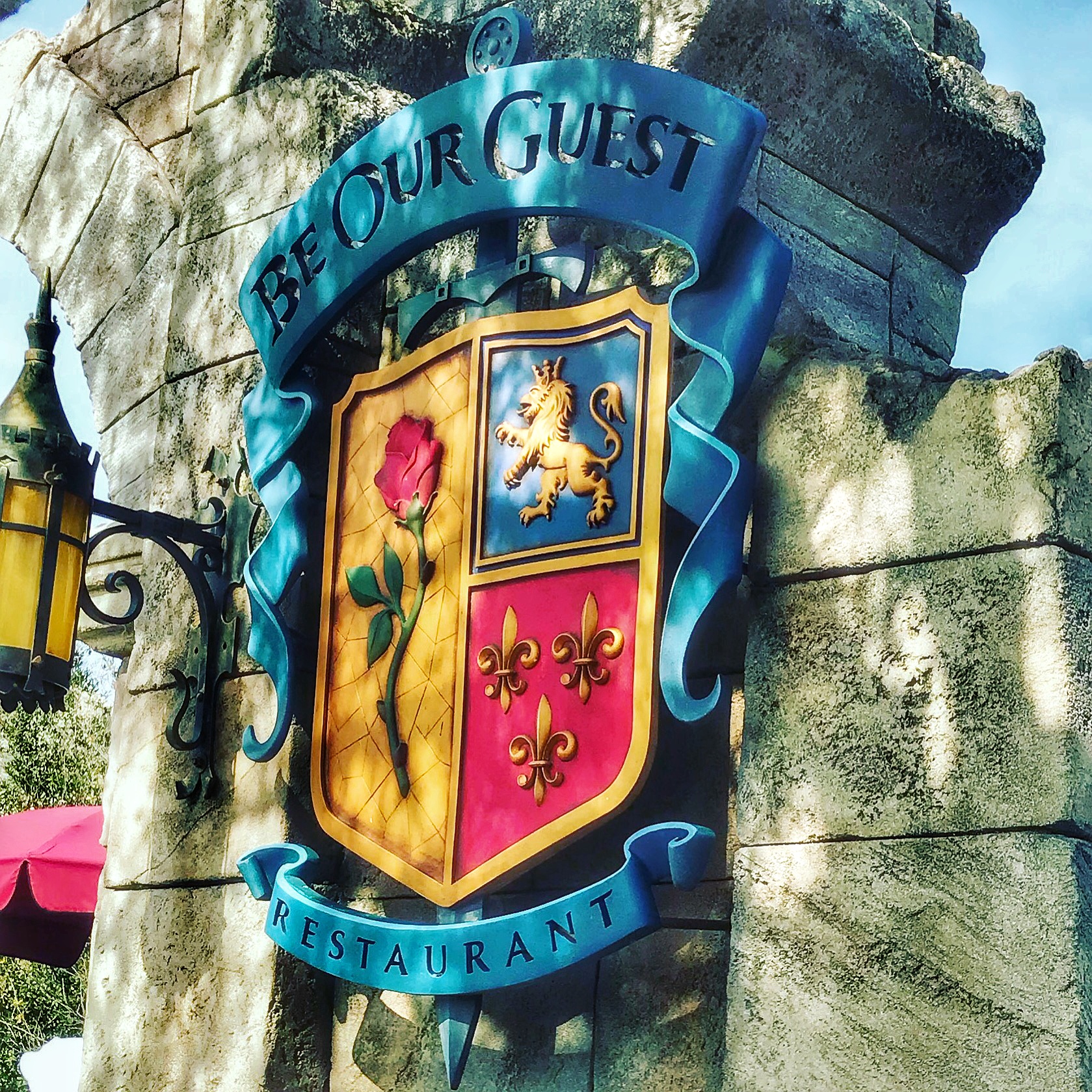 Be Our Guest Lunch Date

A few months ago I had the opportunity to visit and dine at the Be Our Guest Restaurant for my birthday. At first we were planning on bringing our daughter, but then my parents made plans to visit us that weekend and they volunteered to […] 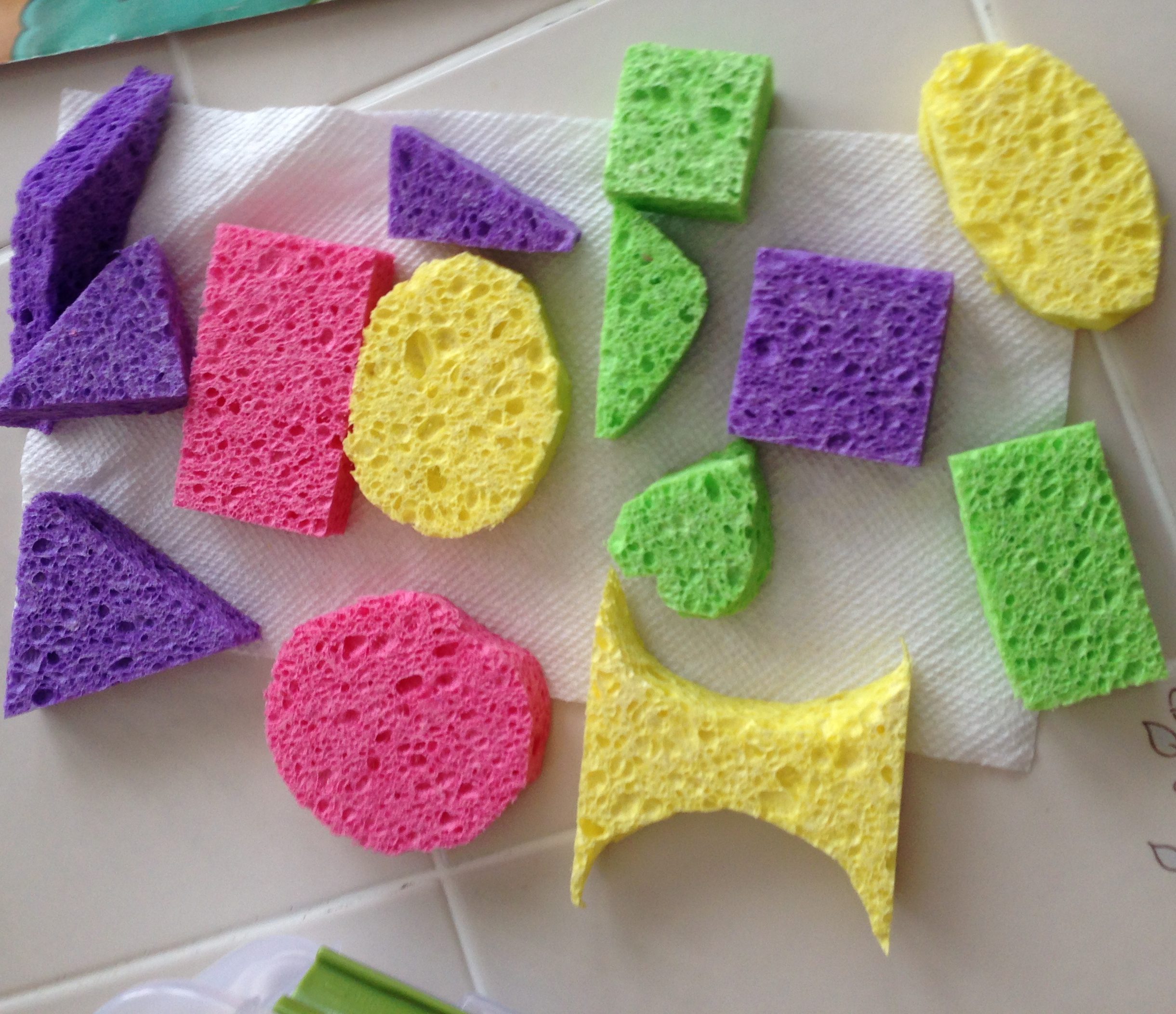 This is another super simple and cheap activity for toddlers! What you need: Buy a pack of colorful sponges (Dollar store) and have fun cutting out shapes for your toddler to paint with. I thought it would take me longer to cut out the shapes but […] 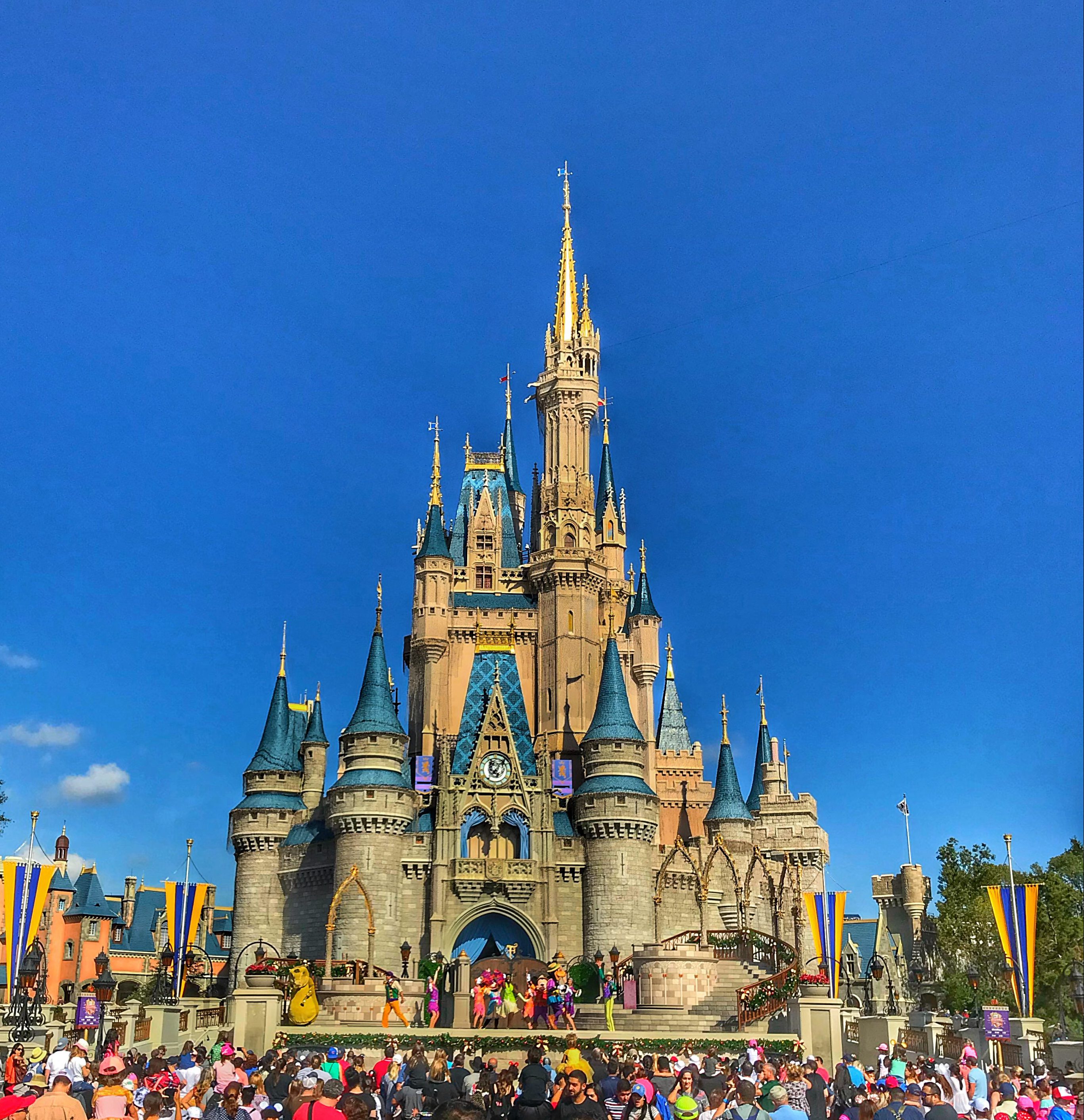 A trip to Magic Kingdom is sure to get the little ones all excited, but there’s so much to see and do that sometimes it’s a bit difficult to know what to pick for your small child. When I first took my daughter a few […] 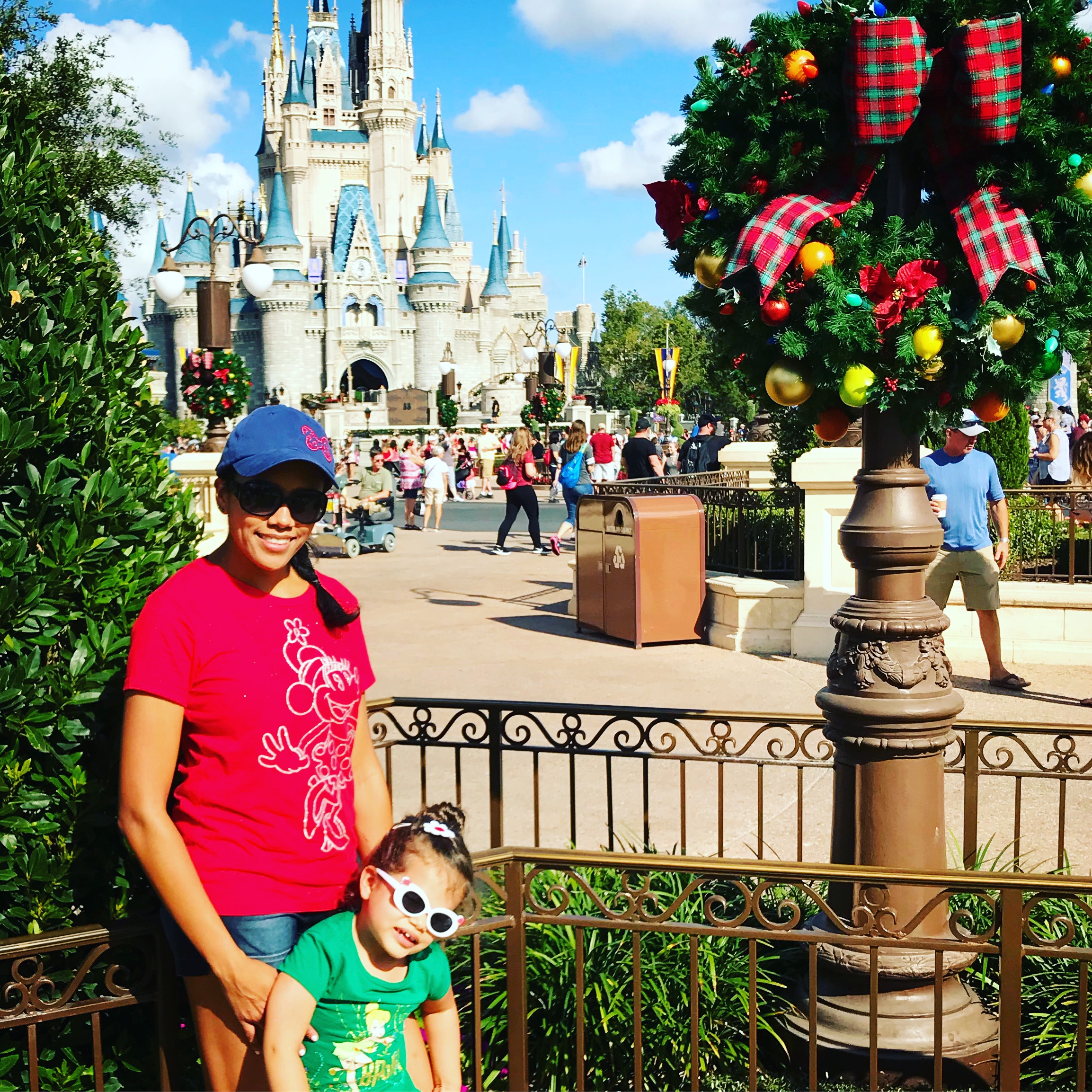 A Magic Kingdom Day With My Princess

The first time I decided to venture out to Magic Kingdom with my daughter was a very special experience, mainly because it was a day just for the two of us.  Honestly, I was pretty anxious because I kept asking myself if I was being […] 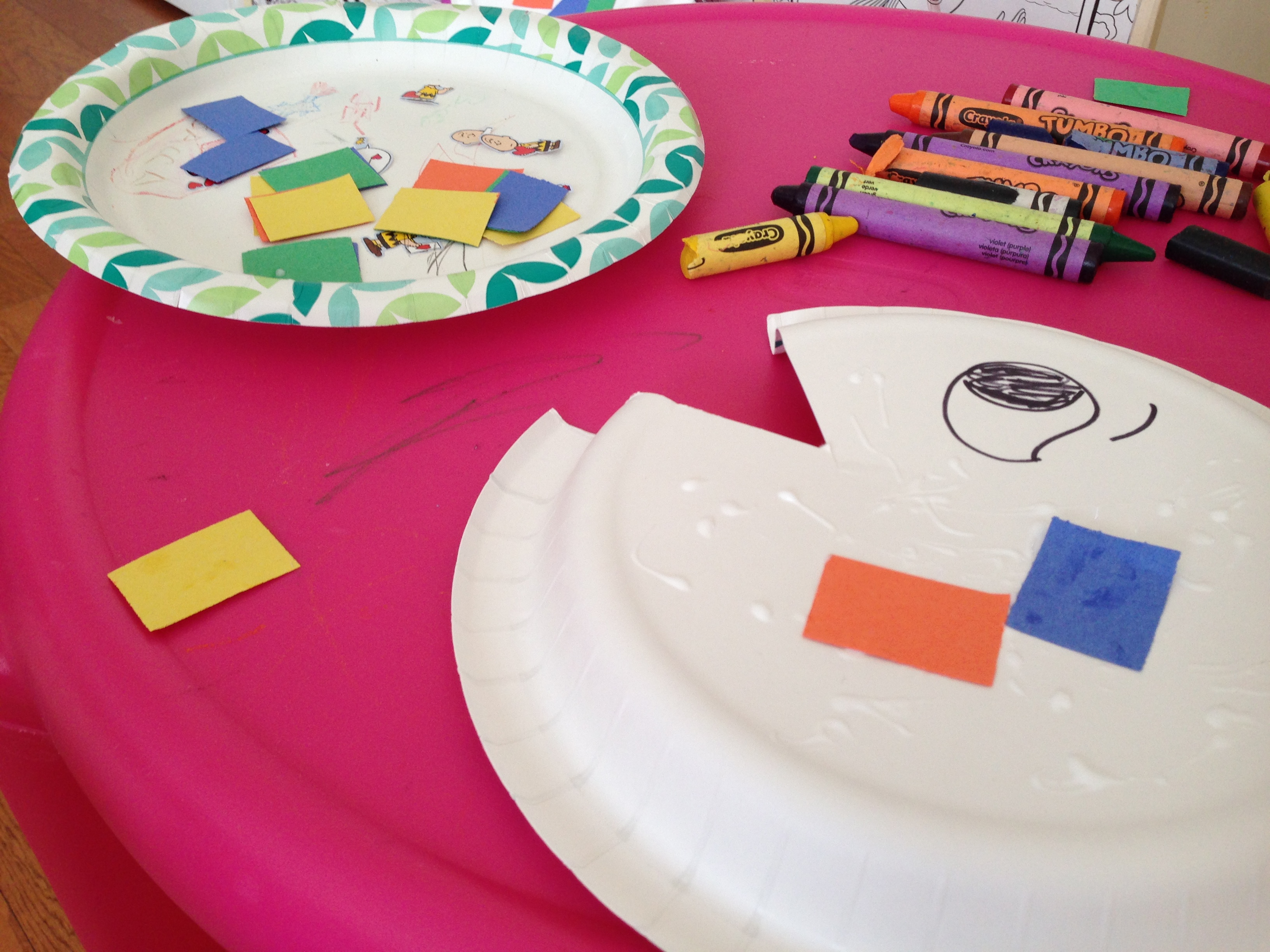 I first did this activity when my daughter was 2 years old and she loved it! It is a great activity for keeping your little one busy and doesn’t take too many supplies or preparation.   What you need: Paper plates Coloured Paper Scissors Glue […]